Home » Others » Metric Conversion » How much is a ton

How much is a ton

Related articles about How much is a ton

How much money does Bill Gates have?

How much is Beyonce worth

A ton is unit used in both the British and American mathematical measurement system used to measure a number of things. First of all, let us talk about it when it is carrying goods from one country to another. When a ship carries 2000 pounds of good from one country to another we say that the ship is carrying a ton of goods. A metric ton is unit of weight equal to 1,000 kilograms which is 2,205 pounds. 1 Short ton in the US system is 907.18474 Kilograms and 1 Long Ton of the UK system is equal to 1 016.04691 Kilograms and one Metric Ton is equal to 1 000 Kilograms in both the US and UK systems. 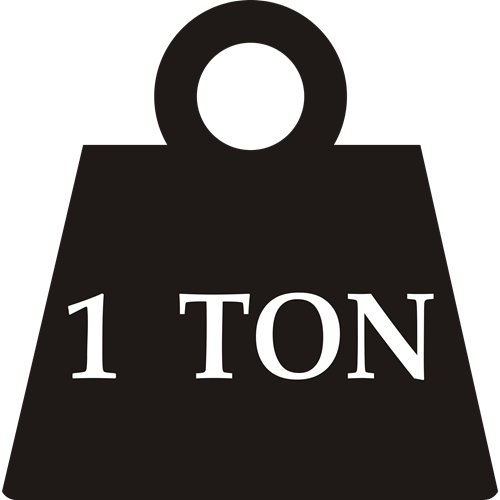 The ton is the American system is of 2000 pounds and the one in the UK and some of the other English speaking countries are 2240 pounds or 1016 kilograms. The ton is written as “T”. Kilogram is a base unit of mass in the metric system and equals to the mass of one liter of water.

A ton is also used to measure money especially in the United States. You may have heard it a lot of times that someone lost a lot of money or someone requires a ton of money. There is actually a specific explanation. The original value never changed when it is about money. The ton is equal to 2000 pounds. In the American dollar note, they weigh one gram (1g). Around 454 grams make a pound, which results that a ton of dollar bills would be worth $908,000.

How many stomachs does a cow have?