Home » Others » Science&Nature » How many moons does Jupiter (Saturn or Uranus) have?

How many moons does Jupiter (Saturn or Uranus) have?

Every night when you look up at the night sky, you may notice a moon gazing in between the million stars. It is not necessary that there will be a moon every night. Some nights the sky only consists of stars. That is known as new moon. When there is a thin sliver line it is known as a Crescent Moon. A half-full moon is known as a Half Moon. A moon that resembles to a full moon is known as a Gibbous Moon. A full moon is a Full Moon. The Earth has only one moon but there is news that there may be more. Even a man once lived on the moon and there is day and night. Here we will know about the moons of Jupiter, Uranus and Saturn.

Related articles about How many moons does Jupiter have

How many feet in a mile (yard, meter, acre, kilometer, quarter mile)

How many moons do Jupiter Have?

Jupiter is the biggest planet in the Solar System. Being the largest planet it has the highest number of moons. There may be more than 63 but it is confirmed that there are at least 63 moons. The Jupiter has a very strong force of gravity which attracts a body in space. Sometimes asteroids were thought to be moons because they were tangled in the force of gravity. There are 4 inner moons: Adraste (discovered in 1979 by David Jewitt), Metis (discovered by Stephen Synnott in 1979), Am althea (discovered by Edward Emerson Barnard in 1892) and Thebe (discovered by Stephen Synnott in 1979). An Astronomer named Galileo Galilei found out more four moons which are known as Galilean moons. The Galilean moons are Io, Europa, Ganymede and Calisto. There are many other moons that are far away like Leda, Pasiphae and Lysithia. The moons of the Jupiter have their own environments. Some are cold and some are extremely hot.

How many moons does Uranus have? 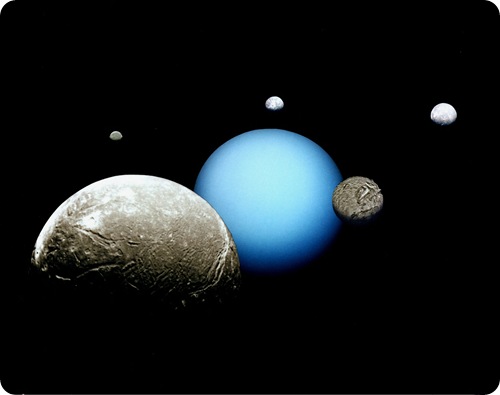 Uranus has 27 moons out of which 10 of them are inner moons and rests of them are outer moons. There are small moons are possibly caught asteroids or comets which wandered too near to Uranus.  Uranus has rings and there are Shepherd moons to maintain the ring. Some of the moons of Uranus are: Ariel, Belinda, Bianca, Cressida, Cupid, Desdemona, Ferdinand and Rosalind.

How many moons does Saturn have? 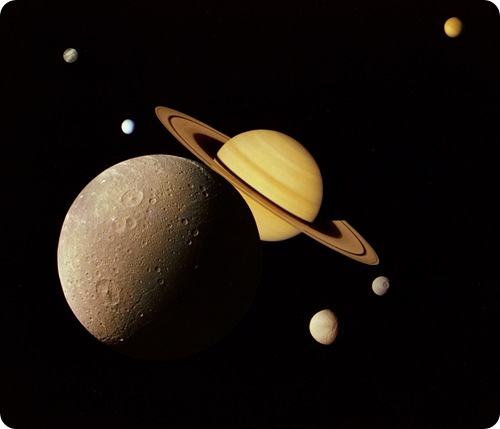 The planet Saturn is in many way similar to Jupiter. They both are very big with rings and many moons around them. Saturn has 53 indorsed moons and 9 conditional (unofficial) moons. The most famous of Saturn’s moons is undoubtedly Titan. Jupiter’s Ganymede is the biggest moon and then comes the second largest moon in the Solar System, Titan. Titan is larger than the planet Mercury. Some of the other moons are Atlas, Calypso, Hyperion, Phoebe, and Tethys. Pan is the closest moon to the planet which was discovered in 1990. Some of them are known as Shepherd moons because they act like a Shepherd. They control the matters of Saturn’s ring, giving it a harder edge and more classification.