It is a role playing video game which is ranked the eighth best selling Nintendo D video game.It is a part of the pokemon game series which has both single and multi-player modes.The basic target of the game is to be the best Pokémon in Johto and Kanto regions,which are the first regions of the game,by cataloging Pokémon and defeating other trainers.The player gets to battle opponents from team rocket.It has a wide variety of adventure elements which makes it even more interesting.

Origin and Development. The game was first released in Japan on the 12th September 2009,in North America on 14th March 2010,in Australia on 25th March 2010 and in Europe on 26th March 2010. The word pokemon originated from a translation from Japanese word poketto monsuta and which meant pocket monster in English. The words were later modified then the word pokemon arose. The pokemon game series came along with time with its different modes and thus it generated the pokemon Heart Gold version. The pokemon Heart Gold version has since then gained fans gamers overtime and majority leave comments saying that it gives a deep gaming sensation and experience because from the details of the game, gamers get exposure at different levels. Well this game is complex since it has sections that contain references to much greater content that is part of the game story line.

How I learnt about the pokemon Heart Gold version.

Being a gaming fan, I needed to try out new experiences and get exposure to the latest versions of Nintendo games. I have updated friends who are gamers too and that day we decided to meet up at our gaming zone. Well with so much anxiety I decided to ask them about the latest games. Since I was the one lagging behind,they all supposed my query and suggested that I should wait till their game was over. We played several other pokemon games and competed till all the games were through. Well great news came at that moment when I saw a new game loading and that was it the pokemon Heart Gold version. I was like the only one with no update about the current trends in gaming sites and they were all there saying that I was the only non serious joker. Well I came up with great reasons to be excused and said how busy I had gotten for the past few days,luckily they understood and they decided to tell me what this game really entailed. At this time I wasn’t sure if I was really going to like it but as per my fellow gamers comments, they all seemed to have liked the game. At this time I felt so native like the only one who existed in a lagging world when it came to the pokemon versions updates. My friends started explaining to me what the game was like and from the many explanations I got I can say the game involves images of the so known black and yellow mouse following behind a young dark haired boy together maneuvering the fictional world in which they seek adventures and hereby they discover hidden truths as well as learn lessons, experiences and make new friends with their same goal of one day becoming a pokemaster. Well in a short while, I had attained all the game tips and I tried to give it a try. The first few times I played alone to gain experience and I was good for the competition. Having convinced myself that I was in for the game, I was beaten the first several times and then in a while there I was all expertised and showed the gamers fire. I was now already enjoying the game and I cannot complain about it. I later downloaded it and gained more experience at my place. Within no time and without noticing I had already started being addicted to the game. This is when I decided to give it some five star feedback at the playstore. This game was literally one of the uniquely built softwared games I had played. 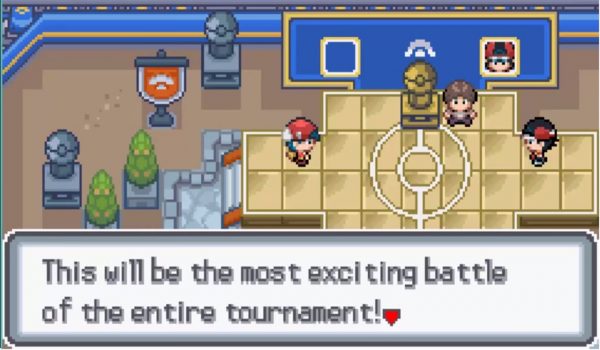 Reason why I gave the pokemon Heart Gold version a five star feedback.

Personally, I had a great experience while playing the pokemon Heart Gold version because I was so unsure about the game at first and it did not disappoint me. I played this game and I was open minded since the game is not just a easy thing I felt that it was good for exposure. The quality of this version is also great since many games are not as promising as this one especially when it comes to a pc hanging or breaking down due to a poor quality of a game version. I really loves this pokemon Heart Gold version. Another great thing about this game was that it is enjoyable,it was so much fun playing the game I mean what is the essence of playing a certain game if you don’t get to enjoy it. So personally I can say the game was enjoyable. No regrets for choosing to give it a five star feedback. Moreover,this game has its uniqueness where this one stands out from many other pokemon games. This is not just some praise but it is a fact I really experienced the greatness of this game. Furthermore if anything makes you happy you deserve to really express what you feel about it. That is why I gave this one a review that I do not regret. My final conclusion about the pokemon Heart Gold version is all thanks to the creators of this softwared game,it really is fun and it is teaching us gaming fans a whole new experience of pokemon games. I would highly recommend any gaming fan to download the pokemon Heart Gold version so that they cannot be left out as I had been left out and my advice to all those who haven’t tried this game is that they need to download it since it is a great one it cannot disappoint you.