It is a role-playing video game in the Pokemon series released for the Nintendo GameCube and published by the Pokemon company. The basic target of the game is to capture Shadow Pokémon using the Snag machine and purify them.The game is the successor of Pokemon Colosseum which also involved capturing and purification of Shadow Pokemon.Unlike in the latter, Shadow Pokémon has a set of shadow moves which gives it more variety in combat.The game has over 160 Pokémon available and 83 different Shadow Pokemon to snag.

Origin and Development. Pokémon XD was first released in Japan in 2005 as XD ‘Pokémon XD Yami no Kaze Dark Lugia’ interpreted as ‘Pokémon XD:Whirlwind of Darkness Dark Lugia’.It was featured in Japanese gaming magazines Famitsu and CoroCoro comics.It was developed by Genius Sonority and composed by Tsukasa Tawada.The game was first released on the 4th of August 2005 in Japan,in North America on the 3rd of October, in Australia on the 10th of November and in Europe on 18th of November the same year. 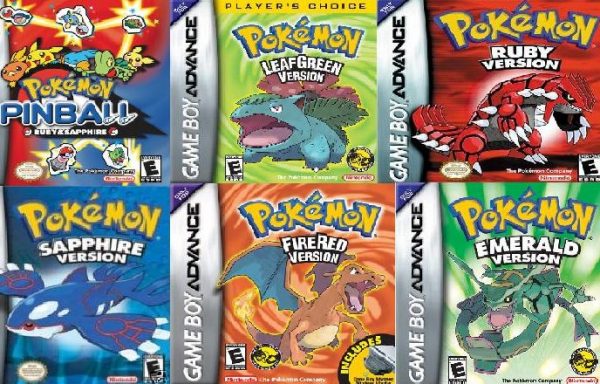 The game is a development of its predecessor,Pokémon Colosseum which revealed that Shadow Lugia’ was playing the major role in the game.It also featured the Eevee which the player began with, the default Eevee would revolve to five different pokemon i.e. Umbreon,Vaporeon,Espeon,Jolteon and Flareon.

The the game has both single-player and multi-player modes.It involve capturing any of the 83 Pokemon to be captured and purified.In case of any four purified Pokemon, they are arranged in a clockwise order around a shadow pokemon and used to purify the Shadow Pokemon.This applies in the ‘Purify chamber’ mode.

There are two ways of purifying the Captured Shadow Pokemon; using the purification chamber or taking the captured shadow pokemon to the party.

Aspects of the game

It is an area accessed by the player in the early stages which has 100 battles sub-divided into ten battles for ten different zones.Each zone has its trainers and the tenth trainer in each zone is referred as the area leader.The trainers in a level are stronger than those in the predecessor zone.For every area leader defeated by the player, they get a special gift rather pokecoupons.With the coupons the player can exchange or trade them for other items in the game.

These are some special locations in the game where the player can place poke snacks to cause a wild pokemon to appear.In Pokemon XD,Gale of darkness game there are three different poke spots.At these locations the player can capture 9 wild pokemon and exchange them for a Duking ,which is a rare pokemon character.There is however a challenge of coming across old lady’s Munchlax in the spots which eats up the player’s piled poke snacks making it tougher to reveal the wild pokemon. 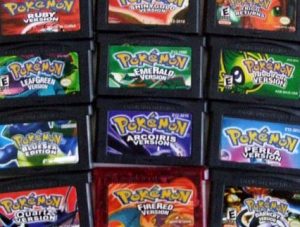 When the game opens a scene with an ominous looking character is displayed. The Shadow Pokémon are considered as Pokémon whose hearts have artificially been closed.Michael is featured as the Hero,the main protagonist.Cipher is the criminal who creates and distributes the Shadow Pokémon for their evil tasks. Krane,Michael’s mother’s boss,introduced the Snag machine and an Aura reader to separate normal Pokémon from the Shadow Pokemon, and gave it to Michael.Krane is captured by Cipher’s agents and Michael goes to rescue him where he is led to many situations through Orre.Michael is forced to rescue the shadow Pokémon to rescue Orre.

Michael gets to battle the chief villain, Master Greevil,  who he defeats and captures his Shadow Pokemon using the snag machine.He purifies them and returns home with his snag machine which he safely secures incase he needed it later.

In a new game the player is presented some two powerful Pokemon in battle.The player visits parts shop to obtain evolution inducers:sun shard,moon shard,water stone, fire stone and Thunder stone. The player uses the Level 50 salamence earthquake tool twice to fight and defeat the level 50 Metagross.The player moves to the other battle situations where they are in control of their own character and is given the level 10 Eevee.There is a Lab and to its west a room with Professor Krane and Lily his assistant.Lily ,the players mother, asks the player to find Jovi,the player’s sister, the player agrees and takes off to find Jovi.The player asks around and finds out that Jovi is in Kaminko’s house to the south east of the lab.The player exits to get Jovi.The player fights Dr kaminkos assistant using Eevee’s bite attack.Jovi helps the player back to the lab where lily gets excited to have her back.Professor Krane gives the player snag machine to steal other trainers Pokemon.The professor’s assistant gives the player five poke balls to use in the battle.The prof is snatched as he leads you to battle. The game gets tastier as the player proceeds!!

The game has a limitation of small spot areas.However the battle zone experience is one to die for.Pokémon XD is a fantastic experience no one should miss out on!!