Home » Others » Internet » How to get Minecraft for free

How to get Minecraft for free

If you’ve never heard of Minecraft, I kindly invite you to come out from under your rock. The open-world building game has revolutionized both casual gaming and the popularity of video game streaming, and it has been Minecraft currently holds the largest base of registered users of any game with an online component, surpassing such titles as World of Warcraft and Call of Duty.  With releases across all platforms and the new Story Mode, it has surpassed one hundred million users worldwide, and that number continues to grow.  The game will cost you about $27 on PC/Linux, with some discounts and rebates available seasonally.  However, if you don’t have the cash right away, but you’d like to join in on the trend and see what the fuss is about, here are a couple of legal ways you can get your hands on it for free:

Related articles about How to get Minecraft for free

HOW TO GET RID OF GAS

How to get rid of Scars

1) If you want to see what the game is like before spending money on it, you can download and install the demo for free from its official site (https://minecraft.net/demo).  You will need to sign up for a Mojang account to download the demo.  Mojang Synergies AB is the company that makes Minecraft, so their site and subsidiaries (www.minecraft.net), are the only verified, trusted sources.  There are hundreds of sites hosting demos; some are legitimate, some aren’t.  You’ll need to use some discretion when entering any information on these other sites if you decide to download it for somewhere else, as many other sites will advertise “Download Minecraft for Free!” to lure you into untrustworthy sites.  Once you’ve followed the instructions provided by the demo page provided above, you will be granted access to a version of the game that allows all the world-building features of the full game.  The difference is that it locks the world after 90 minutes and you’ll have to start over, but you can build as many new worlds as you like.  This is even easier on the PlayStation 4 and Xbox One consoles, as the console ports of the game are found in their respective online stores, and these stores always offer demos of their arcade games that can be purchased at any time. 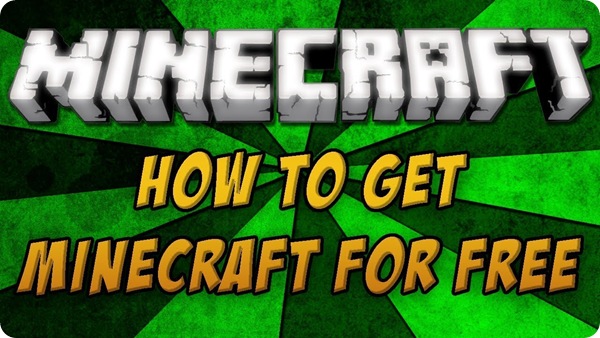 2) The second option will require considerably more searching, but it may be worth it in the end.  Up until 2014, Mojang released older versions of the game called Minecraft Classic, which were complete copies of the game that had come out several years before.  Of course, they were lacking some of the features found in the newer versions, but if you’re new to Minecraft you’ll still experience the freedom and fun that hooked players when they were released.  Unfortunately, Mojang has ceased support for these games, which means they won’t be found on the official site, but there are countless copies of it sitting on the Web.  All you need is Google and a bit of time. Minecraft Classic can also be found hosted on gaming sites as an online game, but again, there are so many sites hosting it that the challenge is more of which one to choose than finding one.

How to make paper flowers

How to make coleslaw