Home » Others » Food » HOUSE OF PIZZA

House of Pizza is located in Chestnut Street at Lancaster. It is a restaurant to serve delicious pizzas. It is on top in the area because it receives a lot of positive rating from the guests and customers. The House of Pizza at Lancaster is on the “A list” of restaurants in the “Neighborhood Pizza” group according to the Central PA Magazine. The House of Pizza has also been documented by numerous native publications like the Lancaster Magazine, the Lancaster New Era, Clipper Magazine, and more than twenty-five years of producing “Best Pizza.”  The restaurant is proud of their success and achievements as the positive ratings come from their guests and customers.

Related articles about House of Pizza

House of Pizza opened in February 19, 1986 and since then people love their pizzas. They have a lot of customers who come regularly to have their meal or snack over there. The restaurant and the atmosphere may have changed and improved with time but one thing remained constant. That is their dedication to serve the people with high-quality food at a low price in a nice ambience and ensure that the customer is fully happy with their service and dining. 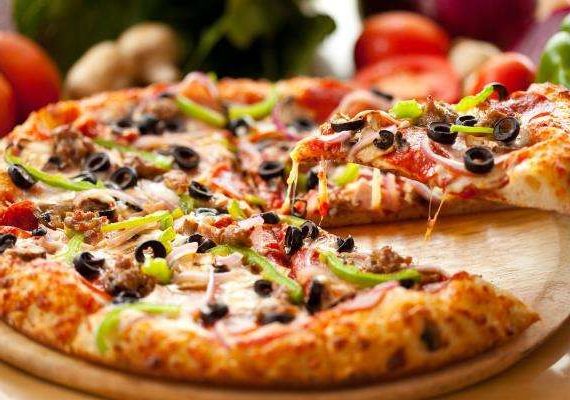 The brick building is with three floors stood at the side of North Market Street and West Chestnut Street and it is an ancient one. It dates back to 1873 when it was a shop and office for John Ives Hartman and Benjamin P. Miller. They also had a warehouse in there because it was that place number one wholesale grocers. The building is an important part of the century because it dates back to 1800s which is hard to spot these days. Most places are covered with new buildings and homes. It is truly a beautiful and antique structure that brings back the past.

The place was empty for a long period of time till Chris Madonis and his uncle Pete Hazangeles bought this in July 1985.  After a lot of work and renovation, the place turned into House of Pizza which is still running as one of the best pizzerias in Lancaster.

Their pizza receives lots of praises such as:

1. the best pizza ever and the crust is amazing unlike other places

2. the pizza is excellent because their kitchen is always clean and organized

3. their pizza is always with extra cheese, pepperoni, mushroom and sauce, they do not sacrifice on the quality

Besides, the taste and quality, the price is also reasonable which is more people go there. You can get a ten inches’ pizza at only $8.99 and under $17 you can get a huge one. The submarines are delicious and cost less than many other places. They are around $7. The chicken submarines are extra mouthwatering and comes in tasty flavors such as Chicken Parmesan and Cheese Steak. There are wraps in many different flavors such as Chicken Caesar, Buffalo Chicken and Tuna. They did not forget salad because it is an important and healthy addition to any meal. You can get Greek, Tuna and many other kinds of salads. The salads cost less. There are deli sandwiches that costs only $7.25. The desserts are tasty as well and cost really less. The cost of a slice of cheesecake with strawberry as the topping is only $3.5. Since it remains open at late in the night, it is the perfect place to have a snack before returning home after a party. Plus, the location makes it prominent for people to stop by.

There are amazing offers and deals such as you have the temptation and craving for a pizza but do not have a lot in your pocket, you can have a medium slice and a drink to gulp it down at less than $2.5! If that does not make you full, you can get two slices at $4. On Wednesday, you can pick burger and fries, which is everyone’s favorite after pizza which is only $5.75. Either that or you can get a slice of pizza with salad or soup. The special deals will let you save money without having less pizza. For example, you can get 2 pizzas of 16 inches at $19.99 whereas one cost $15.99 in regular menu.

Some people complain that they are closed even before the closing time which can be a problem. Even though the staffs are well-behaved there are sometimes complains that they are being rude.

They have a separate “Contact Us” section on their website where they give the platform for people to write to them. You need to write down your name, email, phone, subject and the message. Phone number is not important but it can help you if your problem is urgent. You can also call their number if they are being late at replying. It is 717-393-1747. They have a Facebook page with more than four thousand likes. You can also contact them there and they will reply within an hour. You will also be able to follow them on Twitter which they opened in 2011, when the restaurant turned 25 years old. There you will get many updates and news such as “Strawberry Spinach Salad is back” You can also follow them on Instagram where you will find lots of photos of House of Pizza. It is houseofpizza23.